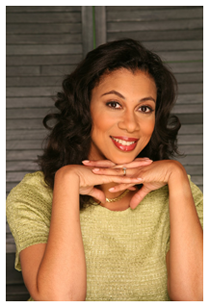 mpowered and accomplished aptly describes Lori Beard-Daily’s steady rise from corporate to entrepreneur, to playwright and author. In 1998, she left Delta Air Lines as an advertising director and became the founder and CEO of her own agency, Beard|Daily, an Atlanta-based advertising, public relations, and communications agency. This opportunity allowed her to build a diverse blue chip client list for 13 years. Among the companies on that list are Bellsouth, Macy’s, Wells Fargo, and Rock-Tenn. Her company was also the sole company to be selected as Turner Broadcasting System’s Inc. protégée.

Her first play, Trunk of Fate, a “twist-fictional” about President Abraham Lincoln discovering he was really black, garnered recognition from the media, historians, the general public, and theater critiques. Her second play, Daddy’s Girl, was based on a female federal agent who goes undercover and marries an affluent drug lord in order to bring down his establishment, but gets caught in her own trap when she catches his little girl’s heart long before she brings down the criminal ring. Both plays were directed and produced by the late theater thespian Carol Mitchell-Leon. A third play, Civil Unrest, which was a follow-up to Trunk of Fate, soon followed with a staged reading and was directed by renowned actor and director Gary Yates.

Lori has also appeared on 60 Minutes. She and her family were interviewed by Mike Wallace in a segment entitled Going Home to the South. Shortly after the segment aired, she began writing her first novel, Destination D, which is also based in the south. This story is about three friends from Spelman College who make a promise they can’t keep. Their broken promise leads to an unexpected destination of discord, duplicity, and denial. This long awaited novel was published by BQB Publishing in 2011.

Lori has also been nominated for the 48th Georgia of the Year Author Awards, one of the most prestigious literary awards in the nation and the oldest in the southeastern United States. A graduate of Spelman College, she holds a bachelor of arts degree in English. Lori is a native of Milwaukee, Wisconsin, and is married to Bryon Daily. They have three children, Erin, Erica, and Eric. You can visit Lori’s blog at www.workingonyournow.com.

© This Is The Copyright Area